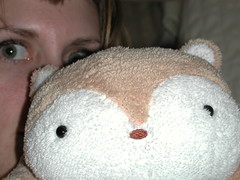 
You are currently browsing the Natalie Stanchfield weblog archives for January, 2006.